Back to all submissions

I'm Matt Mayer, and I make an app called Explore Shanghai which helps thousands of commuters every day. Explore Shanghai is an interactive metro map of Shanghai, for web, iPhone and Android, which not only shows you a map of the Shanghai Metro, but also shows other useful information like first and last train times, and tips near every metro station.

But getting to the destination station is only part of the problem. To plan a trip better, it's useful to know which exit to take when you arrive.

Most stations have an exit map, but they're only often in Chinese and hard to find in stations. Existing digital maps are often incomplete, copyrighted and out-of-date.

For the Urban Commuter Challenge, we wanted to solve this problem and make great exit maps more widely available.

First we built a tool which would allow us to do on-site surveys at metro stations, correctly positioning and labelling exits on nearby streets.

If we had locked this new data away in a proprietary app, it wouldn't benefit the community or other developers.

Instead, we decided to contribute the locations and names of the exits as Open Data, by uploading them to Open Street Map, so the data can be used by anyone in the future. We fixed numerous errors with station and exit naming. In total, we fixed and uploaded over 1000 new exits to Open Street Map.

We then generated stylish new offline exit maps for the app, by taking Open Street Map data and highlighting the stations and exits. Now, anyone who downloads Explore Shanghai will have a handy reference map of all the exits at a station. And if they find any errors, they can contribute improvements, further enhancing everyone's view of the world. 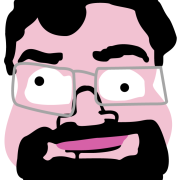 Comments for this submission are closed. View the software in matthewmayer's portfolio to continue the conversation.